When I began looking into what goes into starting the college application process, I found it quite daunting.  Gathering the data and filling out the FAFSA was something I could tackle, but I knew I would not have the time to assist my son in the variety of essays he needed to create for the colleges on his wish list.  In addition, he wanted to apply for a highly competitive Naval ROTC program and I knew the essay portion of this is heavily weighted.
I cast about searching for someone to assist with this task and was reminded about Cindy - our children had gone to grade school together.  Starting months in advance, she recommended 2 small books on essay tips for my son to review. Once he had some drafts down for his essays they met a few times in person, then transitioned to emailing documents as he continued to hone them. I know my son's writing style - Cindy did an amazing job of recommending, guiding and giving tips of word-smithing while preserving his own voice within the document.
The essays are the only vehicle for the student to shine and put a personal polish on the applications.  One can never be sure how much the essays are weighted, but I am sure a well written essay that catches the eye and interest of the college reader will give a student an edge!
My son was accepted to 6 competitive colleges in California, Illinois and Washington. I am delighted to be sending him to Berkeley this fall - not only did he get a small academic scholarship, but he was awarded a 4 year NROTC scholarship.   I am sure Cindy's assistance played a key role in this process.  We will definitely be going to her next year when my other son is getting his essay engine started!
Lindsay G., San Diego 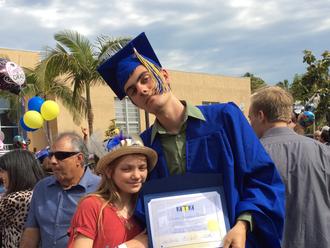 “Cindy was quickly able to help my son focus in on a topic to best illustrate his character, interests and strengths.  She helped coach him to write an essay that expressed his own voice and ideas by asking helpful questions and reflecting back to him his own comments.  With her guidance he was able to write two essays that clearly expressed his own thoughts and got him accepted into his first choice college.  This is even more impressive because as a student with dyslexia he normally avoids writing as much as possible.”  Barbara R., San Diego

Where will words take YOU?